About 75 million years ago this magnificent piece of nature began its journey to what it is today when millions of shellfish that lived in the sea died and formed one layer after the other of chalk on the sea bed, creating the chalk stratum we see today. 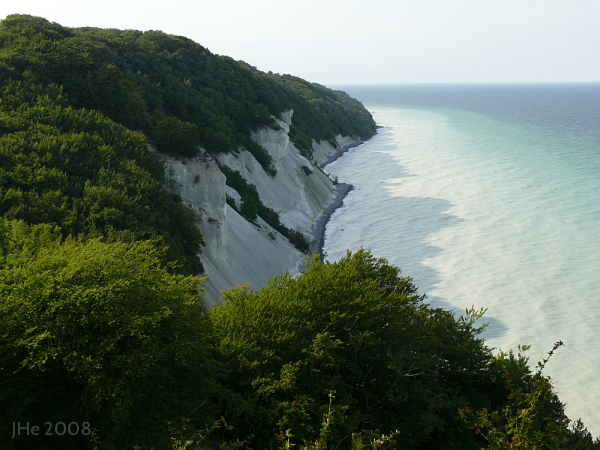 The weather then began to get colder and the last Ice Age "Weichsel" began for about 115 000 years ago. But it would take about 55 000 years before the first gigantic glaciers reached Denmark from the east. The ice glaciers then moved only to returned from the north about 29-27 000 years ago. It then withdraw itself to Norway where it spread to Sweden and then for about 27-23 000 years ago make a new move towards Denmark, this time covering the most of Denmark. It was first in the later part of the Ice age that Møns Klint was born. About 16 000 years ago a glacier moved in from the east while it pushed the sea bed in front of it causing the chalk strata to dislodge, leaving the magnificent cliffs of Møn standing for us to enjoy today.

Møns Klint is 8 kilometers long and is as its highest 128 meters. 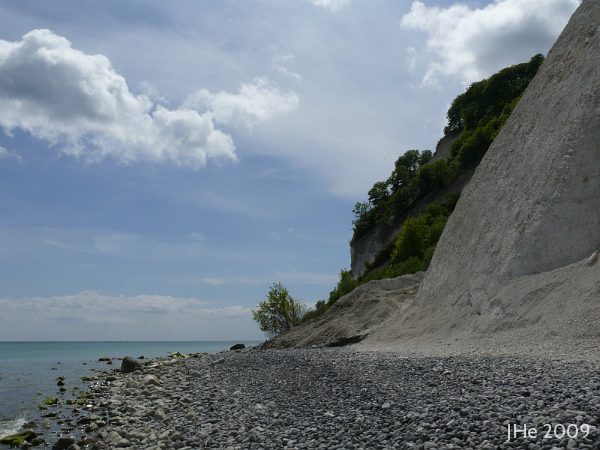 In memory of Store Taler:
The night between the 26th and 27th of January 2007, nature took back a part of what it once slowly created during a long period of time. Store Taleren (The big speaker) the 16 000 year old chalk cliff met his maker a final time, the ocean…

This landslide was the biggest landslide in 50 years* on Møns Klint, about 460.000 tons of chalk, sand and clay created an peninsula which in the beginning reached as far as 300m into the Eastern Sea.

A smaller but yet big landslide occurred the 2nd of march 2007 between Freuchens Pynt and Græderen (The Weeper) lies south of Store Klint, it created a peninsula that reached about 100m out into the Eastern Sea.

*In 1952 a landslide at Røde Udfald, north of Forchammers Pynt created a peninsula that reached 450 meter out into the ocean.

Other remarkable slides or rock falls:
- In the winter of 1988 the landmark of Møns Klint: Sommerspiret earlier known as Dronningespiret disappeared into the ocean beneath it.
- The summer of 1994 a slide at Maglevands Nakke sadly took the life of a french tourist.
- In the early spring of 1998 a slide at Freuchsens Pynt caused a 150m long peninsula out into the ocean.

There is a good chance of finding fossils such as belemnites - spine from the octopus and sea urchins on the beach. When the conditions is right you might even find amber or round, rattling flint stones derived by embedded fossilized halicondria, especially after winter storms. 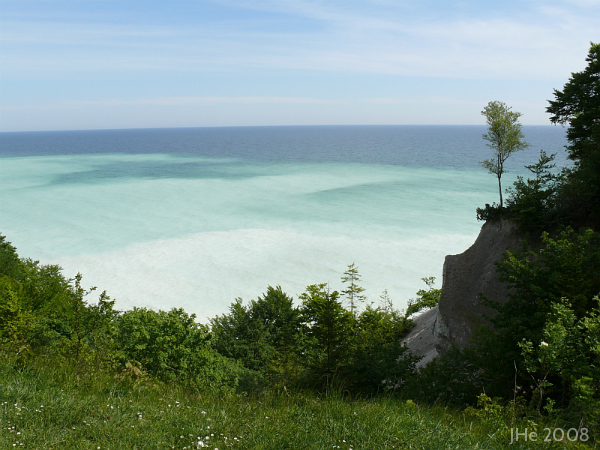