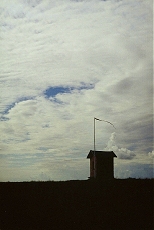 Nyord is one of the few unspoiled examples of a local society from the 19th century before the scattering of farms - All the buildings are gathered in one village, except from one farm.

From the time when the island had pilot rights a small red house to the west of the village called "Møllestangen" was used as a watch-out. As many as 27-28 pilots were occupied here during a period of time. The profit of the piloting was divided between the pilots and the King in Copenhagen.

The large salt meadow area of Nyord is one of the Danish Ornithological Society's bird sanctuaries.
Here you will be able to watch Pintail, Shoveler, Black-tailed Godwit, Reeve and Avocet.
A look-out is situated in the middle of the island and is open for the public. 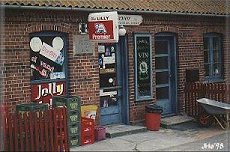