Marienborg Manor was build in the 1850's, but sadly the main-building has been demolished due to bad conditions and high inheritage fees...more on thet later...
Marienborg was partly build of Steges rampart!

A longer description of Marienborg will come in the future, when is hard to say, but drop by from time to time, to see if anything has changed.

Straight behind the Manor and the park lies a fake long barrow and the big park/garden behind the manor is well worth a visit. 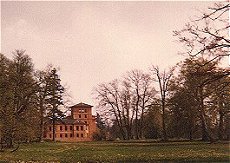 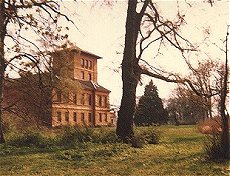 Pictures taken by my father Ole H. Levinsen, when? - we do not know.
Pictures owned by Solveig and Kurt P. Levinsen 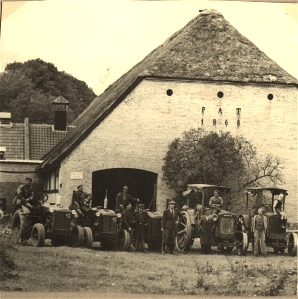 Don´t know when this picture was taken, but my grandfater is sitting on top of the traktor second to the right, and he was born 1919. 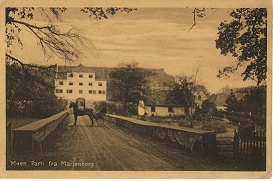 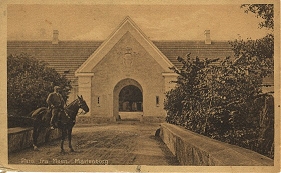